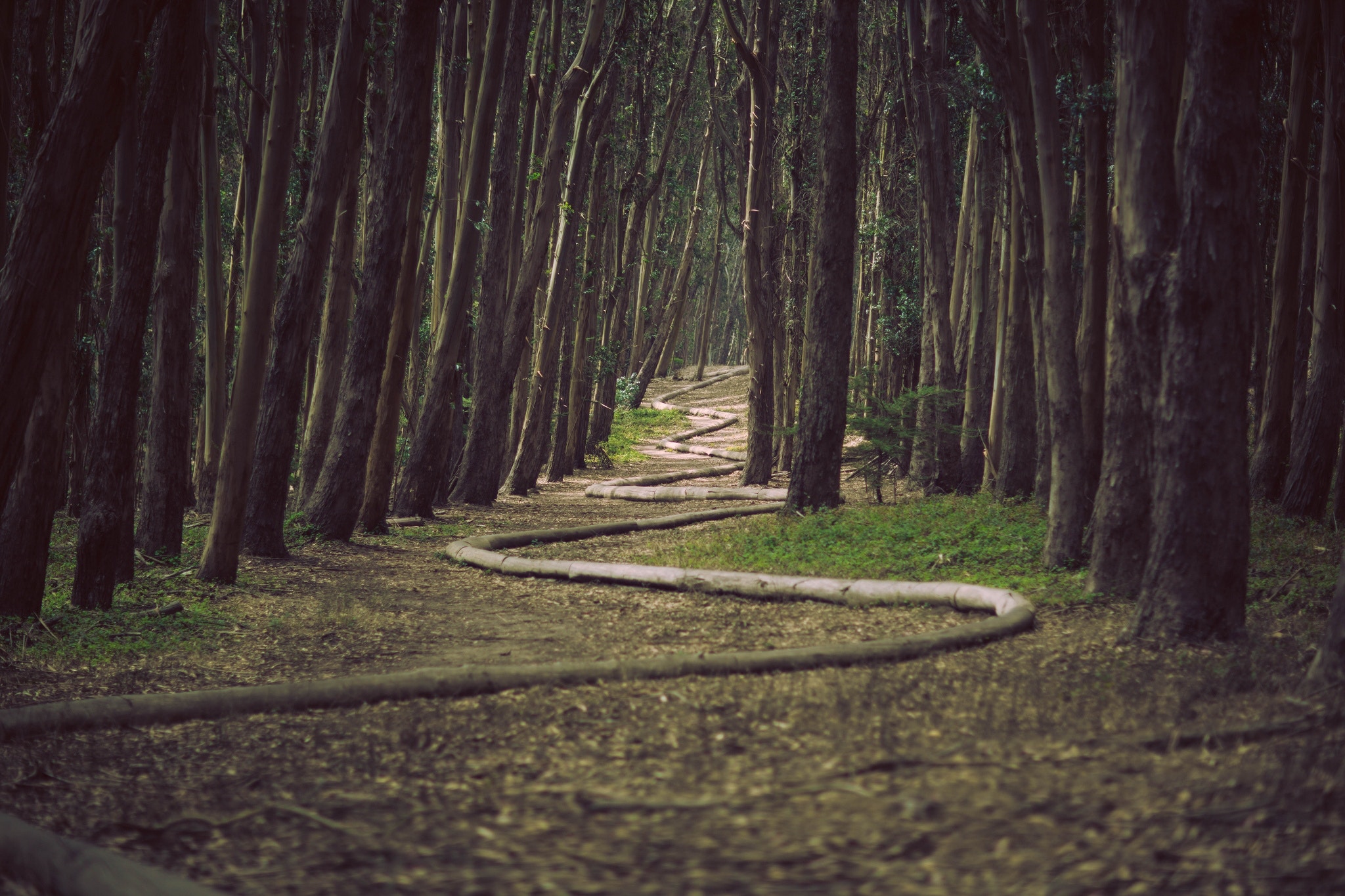 The future of AR arrived yesterday

The future of computing is up for grabs and the winners might get decided before most people understand what’s at stake. The recipe for AR success in 2019 is simple: start with a foundation of reliable, accessible technology, mix vigorously with compelling world-camera experiences that are interactive and transactional, and serve to a critical mass audience.

It is common to hear the claim that spatial computing has the same transformative potential as the personal computer, Web, or smartphone. It's a sentiment I happen to agree with. Yet very few of the people making the claim that augmented reality is just a few years away from being "a bajillion dollar business" offer any roadmap on how to get there. These sorts of predictions depend on platforms and apps that are pure conjecture - that glasses from someone like Apple or Facebook, when combined with killer apps of some yet to be determined use case in verticals for which there is little evidence of pressing need, will all coalesce into a technology that overnight accelerates to the handle of the hockey stick forever rising up five years hence.

Very real sources of meteoric growth for AR are close at hand and all of the ingredients are here. Further, I think any or all of Snap, Instagram, or TikTok, could provide the necessary fuel, that precious critical mass audience, to accelerate the next evolution of computing (and reap the rewards).

What these platforms lack is compelling in-camera applications with depth of experience, interactivity, and transactional e-commerce potential. To get there, they will need to move beyond the selfie camera and push content toward the world camera. An extreme example of an application that captures all of these properties is everyone’s favorite social game, Fortnite.

Technologies wait to be activated

In this recipe, technology is the easiest part to address. There are billions of smartphones with powerful 3D graphics, high-performance cameras, and always-on connectivity. iOS and Android already have great augmented reality capabilities that get better with each release.

Some people don’t believe AR will take off until there are fashionable, affordable smart glasses but I don’t agree. ARKit and ARCore are the first time we’ve seen support for spatial awareness at the operating system level. The performance and integration capabilities are superior compared to older third-party solutions. The quicker we can demonstrate the value of AR with technology consumers use today, the quicker the market demand for smart glasses will materialize.

A taste of history

Before we get too far ahead of ourselves, it’s worth understanding how these social platforms evolved to where they are today. The consumer appetite for passive consumption of bite-sized, user-generated content was whetted by pioneers like Vine. In 2013, Snapchat evolved with a slant towards direct messaging amongst private friend groups.

Perhaps recognizing the limitations of private-only social networks, they rolled out the Stories feature which made it possible to combine content from both public and private sources. They also introduced enhanced features like filters that increased the content creation and engagement value of video.

In 2015, Snapchat introduced “Lenses” which was the first taste of augmented reality for tens of millions of people. By 2016, Instagram users were already beginning to embrace video and it really took off when the company introduced their own version of a Stories feature, complete with augmented reality filters. TikTok, the dark horse with the weakest AR offerings, proved out the successful formula of social video engagement by incorporating all of these elements on top of their service originally built around users making lip-syncing videos.

Appetite for AR continues to grow

Snapchat, Instagram, and TikTok have over two billion daily active users creating and consuming content in the camera. The primary format of this content is user-generated video and the largest revenue driver is video advertising.

Each platform has varied AR capabilities but they are offered primarily for encouraging and boosting video creation. Because of this priority around video, the front-facing selfie camera takes priority while the back-facing world camera is underutilized. Using AR to create video is a good initial step for the consumer masses, but it limits interactivity to the selfie camera or sticker behavior and undercuts much of the potential of spatial experiences.

With such large active audiences, these companies may not be motivated to make bold product changes without revenue in the mix. In 2018, Snapchat reported nearly $1.2 billion in revenue and Instagram’s $7-8 billion accounted for nearly half of Facebook’s total revenue. TikTok took in an estimated $50 million but they were only selling virtual goods for most of the year.

All of this cash is generated from content that is essentially a video feed juiced up with overlays and filters. The interactivity of the video is limited to the social network staples of messaging, likes, and “swipe up” web links.

It is debatable how much more mileage is possibly left in social video but there’s no argument that it is a flywheel of engagement that can work to the advantage of AR. Augmented reality gives these mobile camera platforms the opportunity to expand beyond social networking into a wider range of use cases and revenue opportunity.

We aren’t just talking about incremental revenue. More interactivity creates more opportunities to monetize beyond the targeted video ad. Take Fortnite, a free-to-play 3D game that sells virtual goods to customize the game in a myriad of ways. Across all supported platforms, Fortnite generated a total of $3 billion profit in 2018 without advertising revenue.

What Fortnite has first and foremost is an immersive world, or depth of experience, that users can return to over and over and still derive value. It is far more interactive and engaging that sticker apps and face lenses. Fortnite is social - the immersive experience can be shared among friends. And it is transactional - once engaged, users feel compelled to modify their experience and pay for the privilege.

And yet, even as the most popular of entrant in the $50 billion mobile free-to-play game market. Fortnite lacks one thing - scale. Snapchat has as many daily active users as Fortnite has in total registered players. Augmented reality presents a very real opportunity to apply Fortnite-like experiences, and subsequently economics, to the sizable audience of Snapchat.

The common core of these successful platforms is a continuous stream of video where a user can participate as a consumer, creator, or both. Leveraging the existing video interactions, more people could be funneled towards the AR experiences. Effortless discovery is key and video is still important for promoting AR.

At Torch, we frequently use video and GIFs to promote experiences. For this reason, we offer video recording in the Torch AR app as a feature. Snapchat links users to lenses used in a particular video. It’s a good start but video should only be considered a preview of an experience, not the experience itself.

Using the existing social mechanics to bring spatial experiences to the massive audiences will be a huge tipping point. This revolution happens when the dynamic between video and AR is flipped and the core of the experience, discovery and interaction, happens in AR.

Participants should be able to interact directly with each other in augmented reality. There needs to be more environmental awareness and interplay than simple object placement on flat surfaces. The available experiences will need to be better surfaced through search and filters than a single scrolling list. In other words, there needs to be a priority placed on experiences for the world camera. After all, the smart glasses we’ll be wearing someday won’t have a selfie camera.

Any of these companies could accelerate adoption by an order of magnitude by creating a large addressable audience in AR on mobile devices. Snapchat has been the frontrunner in social AR for years. Instagram has the resources and the largest audience. TikTok was downloaded more in 2018 than Instagram or Snapchat and their momentum continues in 2019.

Of course, there’s no shortage of startups and other companies trying to beat them all to the punch. Building an audience on new tech alone is difficult. Having a strong brand or intellectual property helps. This is why Niantic has seen relatively quick success with Pokémon GO and, soon, Harry Potter. The selfie camera has been a fine introduction to early AR concepts, but there’s only so much interaction you can build around “look at me!”

The inflection point for AR will happen when platforms and content creators start delivering truly immersive content through the world camera. The result will be a user base that is better acclimated to 3D concepts, enabling new forms of revenue and business opportunities beyond video social networking.