Mobile AR and the Rise of Sociable Apps 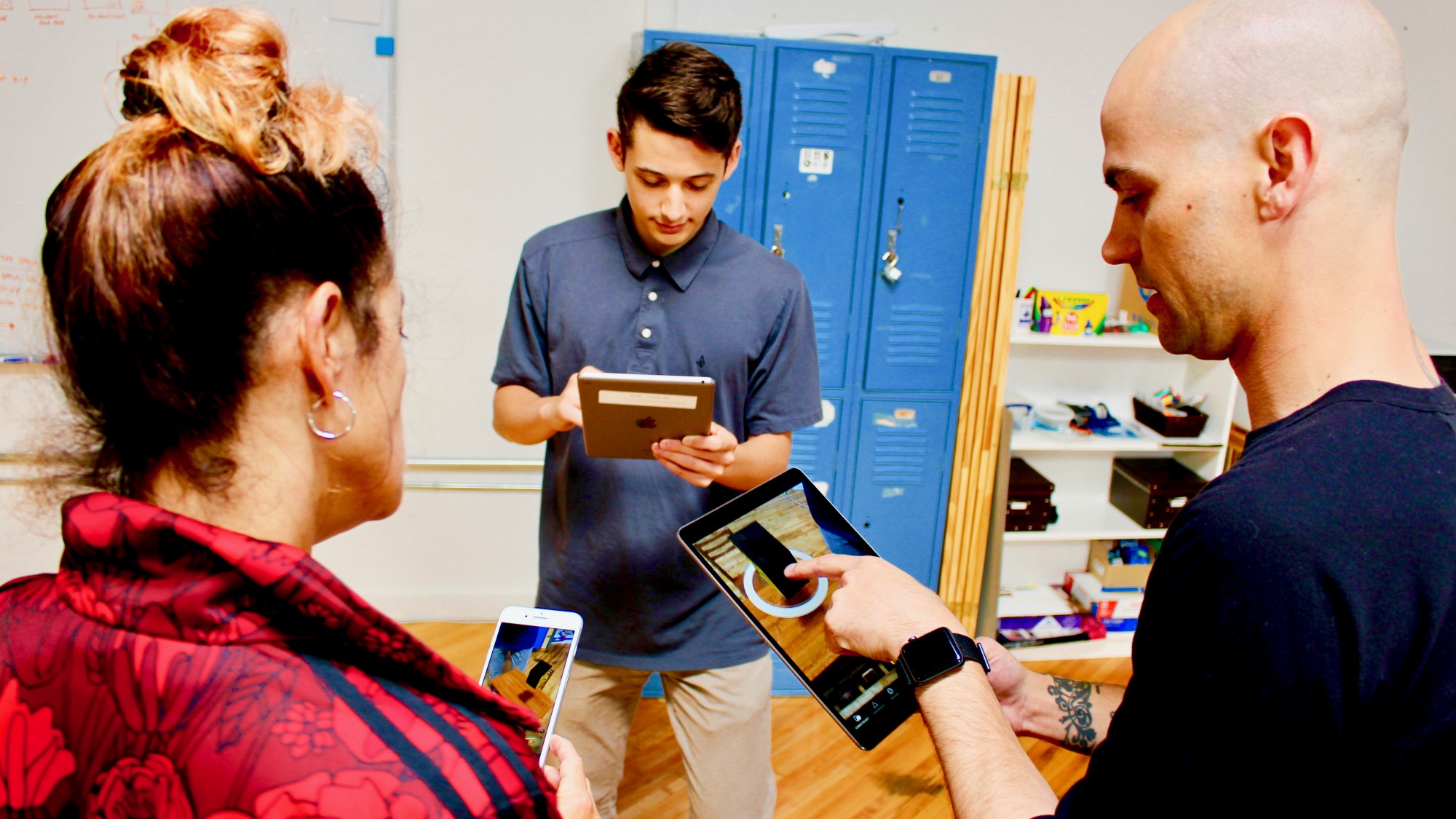 Exploring mobile AR’s propensity to bring us together to create.

You never know what will spark that moment of insight, that lightning bolt of understanding that clarifies, even if for an instant, some corner of the world around you. Moments like these are rare, which I guess is why they are to be treasured. Such moments certainly make developing Torch intense and fun. We keep learning from our users and from our own experience as we build a complex (multi-scene, multi-object, multi-user, interactive) mobile AR app. It seems like every couple of weeks — ZAP!! — we stumble across something new and a deeper understanding of the possibilities of mobile AR emerges.

A moment’s insight is sometimes worth a life’s experience.
― Oliver Wendell Holmes, Sr.

Whether it is the realization mobile AR will dominate 3D UX for the next several years, the implications this will have on every single mobile product and interaction designer working today and in the future, or how all these people will find the camera to be the foundation for designing mobile AR, it seems like no sooner have we digested one idea then some new a-ha moment flashes out of the blue, leaving us to ponder how the pieces fit together.

This newest insight — that mobile AR is perhaps the most social of content formats — was actually triggered by the act of writing another blog post. I was looking for an image for the header and found a nicely composed and seemingly innocuous image of a hand holding an iPhone in front of a snow-covered mountain range. Pretty standard stuff. Hack almost. But innocuous. Download it from Unsplash, slap it in the post, hit publish, bingo. Except that something bugged me about the photo. It wasn’t just that such photos are hacky nowadays — and I think this perception will just get worse — but that the one I chose had nothing to do with the article, other than the fact it was a mobile phone and mobile AR uses mobile phones.

The photo just didn’t fit. I started to observe the Torch team and our Early Access users as they built immersive experiences in mobile AR. I watched them open projects, invite collaborators, and every time, I saw them move out from behind their desks or jump on hangouts and stand together talking to each other while they designed or reviewed their designs with others. As often as not, people design together, in real time, facing each other or shoulder to shoulder. And that’s when the lightning struck.

Mobile AR is intensely social. And I’m not talking about social as in social graphs, message platforms, timelines, and, of late, foaming-at-the-mouth neo-Nazis. Mobile AR is social in the old sense, the pre-2007 sense, the humanistic sense. Mobile AR encourages shared experiences, common spaces, physical proximity, and as Google has so aptly documented, interaction with and awareness of the physical environment. When you think about how we work and play together — meetings, gathering around white boards, the “hallway sessions” at conferences — you realize it is more than just being around one another. It’s what you do when you gather.

Maybe the word social isn’t even right. A better word might be sociable. Sociable means gregarious, talkative, convivial. A sociable person seeks out and enjoys the company of others. As I have observed time and again, mobile AR, with it’s ability to delight and engage, promotes sociable interactions.

And this isn’t just for users of Torch, either. We’ve reviewed several dozen mobile AR apps over the last few months and a decent portion of them are beginning to explore the social aspect of mobile AR. Vuforia’s Chalk has remote screen sharing and audio built in. ShareVox is pretty explicit about it’s purpose — getting people to create together.

New technologies on the horizon promise to accelerate this trend. As Matt Miesnieks, CEO of AR cloud startup 6d.ai says, “Being able to share an AR experience is critical to an engaging UX. Cloud Anchors are a temporary solution to sharing small pieces of SLAM maps, until AR platforms can support large persistent maps which any app can use.” Even with the temporary solution of cloud anchors, the immersive experience will take on a permanence that will increase the pull that brings people together to create.

And don’t worry if, like me, you are something of an introvert and the prospect of intense in-person collaboration makes you want to run away from mobile AR like it was carrying the Ebola virus. With that screen in front of you, you can be sociable, but you still won’t have to make eye contact. 🙈