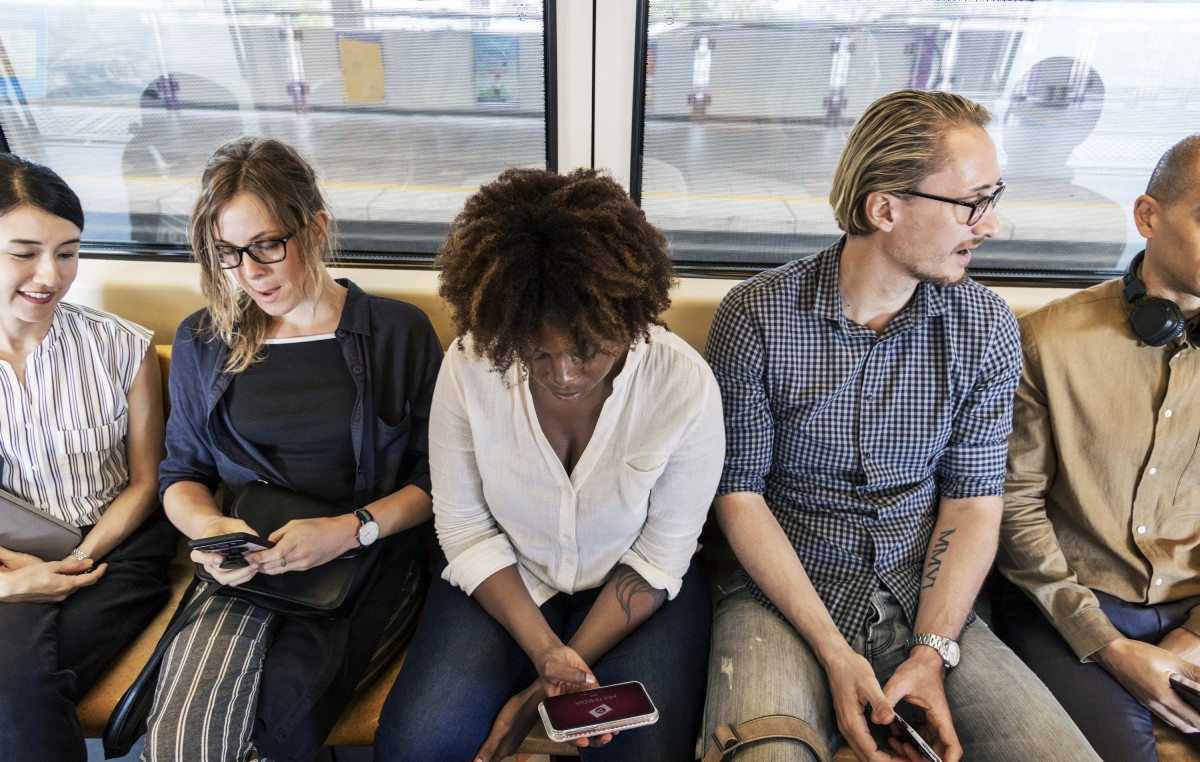 The inherent social qualities of augmented reality and spatial computing are changing the way designers and consumers create and interact with content. While users are questioning the value of social media platforms, mobile AR is fast overtaking traditional platforms with a new approach to immersive content . Mobile AR may soon become more social than social media.

It’s hard to think of a less aptly named technology than social media. Whether it’s the gallows humor of memes that “rebrand loneliness” or studies linking heavy use of platforms like Facebook and Twitter to feelings of social isolation or depression among young adults, the returns are in and social media is anything but. The image of a group of people sitting together at a restaurant, every head bent over their respective screens, faces bathed in the familiar blue-white glow, would be almost a cliché now if it weren’t so depressingly ubiquitous.

So you could be forgiven for assuming that mobile augmented reality (AR) is anti-social and isolating, too. After all, mobile AR–the technology that overlays 3D and 2D digital objects over a continuous camera feed on a mobile device or tablet—is a visually greedy technology. It demands our attention in a way not unlike video, except AR is much more interactive.

Mobile AR may actually be the most social of content formats  for both users and designers — and it’s only going to get more so, if recent announcements from Apple are any indication. Whether you’re a 3D developer/designer working on a standalone 3D experience or one of the many 2D app designers just now starting to design your first AR feature for an existing app, this could change your whole outlook on mobile AR.

When you picture a designer or a developer hard at work, I bet your mental picture is closer to an accountant at work than a yoga instructor. Professionals, alone at desks or seated around conference tables, fixed to their chairs and staring straight ahead.

But my observations of the Torch team and our users show something very different. As they build immersive experiences in AR, people get up, move around, invite collaborators, jump on hangouts and stand talking to each other while designing or reviewing their designs with others. With mobile AR, people generally design together, in real time, facing each other or shoulder to shoulder. It’s anything but isolating. And that’s just in the design process.

The trend for users is equally social. With Apple’s recent announcements of ARKit 3, which includes multiplayer support and people occlusion, they are clearly betting on people sharing and interacting in the same physical AND virtual spaces. That means more than one person — and eventually perhaps hundreds or even thousands of people — being able to see the same AR experience at the same time. This opens up a brave new world of collaborative AR apps and multiplayer games. But it also means so much more.

Much more than gaming

Mobile AR is intensely social in that it encourages not just multi-user experiences, but also common spaces and physical proximity, along with interaction with an awareness of the physical environment (as Google has so aptly documented in its AR design guidelines). It’s not just Torch users. Consider the Pokemon Go! phenomenon, as well as Vuforia’s Chalk and ShareVox — among other mobile AR apps reviewed by Torch.

Taken alone, either one of these elements can be pretty powerful for both users and enterprises alike. For example, in mobile AR, physical proximity can trigger an action in a mobile device when a user enters a virtual boundary around a real-world location. Imagine having your own personal assistant guide you from the parking lot of a stadium to a rendezvous point with your friends. Imagine a child captivated by a beautiful 3D model of Jupiter floating before them, storms raging on its virtual surface, its moons tracing their eccentric orbits, all the while absorbing facts and answering questions about the planet.

But when you put some or all of these elements together — multi-user experiences, common spaces, physical proximity and awareness of the physical environment — the implications for shared experiences get really interesting. Imagine not a single child studying but a class of children, gathered in a circle, awestruck as an instructor leads them through their lesson.

Or on the practical side, say you work in a factory and you notice that a turbine needs maintenance. Mobile AR lets you write a note or a camera image or a readout from a sensor, “hang” it in 3D space and have it persist there until your co-worker comes in later, sees it and can act on it. Consider the implications for teams working on construction, spatial design or engineering projects. In a sports apparel retail store, shoppers could hold their phones towards the jerseys of their favorite team to see and comment on a video replay of Yasiel Puig hitting a home run for the Dodgers or Neymar scoring a goal for Brazil.

It’s worth a reminder that each of the participants in these shared AR experiences are using their own mobile devices. This gives designers the chance to play with ideas that blur the lines between shared and personalized experiences. For example, concert-goers all stare in shared awe at the 3D light show synchronized to the live performance out in the cavernous space of the arena. Some elements of the virtual experience could also be interactive to each participant’s inputs which could tailor the experience in ways not visible to the other spectators.

Perhaps the greatest limitation of mobile AR is its nascency. It’s still so new that many people simply don’t know what’s possible with it yet. And because the mobile AR experience is mediated through a small glass screen, it doesn’t pack the visual punch of a dedicated AR headset like, say, Microsoft HoloLens or the Magic Leap One. Mobile AR is also limited to higher-end devices that are more prevalent in developed nations. Apple’s ARKit works with every iOS device since the iPhone 6S, and Google’s ARCore works with about 40 devices so far.

But unlike headsets, smartphones are already familiar devices that have been proven to be effective. They’re also converged devices (with voice, messaging, camera, etc., built in), with portability and proximity, and they’re relatively affordable. Think of them as a lightweight portal into 3D space that fits into your pocket. And there’s an awful lot of them around; ARtillery Intelligence estimates that AR-compatible smartphones will number close to 2 billion this year and will top 4 billion by 2020.

Mobile AR provides an opportunity for designers and developers to reclaim social computing. I’m not even sure if social is the right word; communal might be better. Mobile AR is communal in the sense that it pertains to community–as in the idea of “communal computing” that’s being pioneered by the non-profit research group Dynamicland.

Whichever term you prefer, this is an incredibly exciting time to be getting into 3D. Thanks to the continued advances in mobile hardware, OS (ARCore & ARKit) capabilities, and enterprise adoption, there’s a huge cohort of 2D app designers (about 4.5 million) who already have 95 percent of the skills needed to be a 3D designer. To help bridge that 5 percent skills gap, there are tools like Torch and Wild that make it easy for you to translate your 2D experiences into 3D. You can start by checking out Google’s AR design guidelines and my blog post about designing for the Z axis. Go ahead, there’s nothing stopping you–put a dent in the 3D universe.

Ready to share your AR apps with the world? Apply for early access to Torch Publish today.