How to Create Flashy AR Flip Animations in Torch 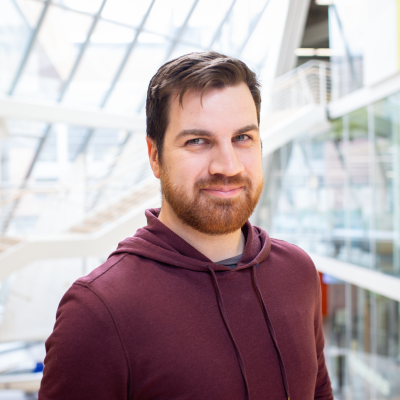 Smooth transitions are essential to how augmented reality (AR) apps look and feel. As seen in this card flipping effect, Torch gives designers the tools they need to easily create dynamic animations with 3D models in interactive AR apps. Torch's visual design system resembles tools designers use for mobile apps and 2D screen design; while giving them added dimensions of creative space to work in.

In this tutorial, you learn how to compose multi-stage animations using 3D models from our AR hotel reservations app; building on skills we introduced in our guide to Scale and Position animations.  We review how to plan your animation, how to assemble complex interactions from a simple pattern, and how using absolute positions helps build seamless transitions between scenes.  Finally, we show you how to adjust the interaction curves for perfectly timed animations.

To follow along with this tutorial make sure you download the most recent version of Torch AR and get started by watching this video overview.

In the video, we gloss over a handy tip that's worth calling out here. If you need to get rid of an interaction, select it and swipe it left across the screen. Now tap Delete.

To start, we create an interaction for the card labeled Executive King. We'll match the behavior of the Executive King card to perform the same steps, with the same timing, as the other two rooms shown in this scene.

First, let's interact with the two cards called Executive Suite and Standard King to see how they are set up. Go into Play mode and start the animation by tapping on each of the cards. Notice how they move and transform. As you watch, jot down the individual steps you see–the turns, rotations, and scaling effects.

Constructed separately, these blocks combine to create complex animations. Breaking the animation into steps, we want the Executive King card to flip face down; then after a brief delay, the room floor plan rises up from the card with a silky smooth grow effect.

Cool. Now return to the Torch Design Environment by tapping the "X" in the bottom-right corner of the scene. Let's start building.

Now the Executive King card is set as a trigger for interactions. The trigger is the activator or cause, and the response is the effect. The next step edits the response.

Step 2: Design the end of the interaction

It's pretty easy to craft beautiful animations when you learn this Torch workflow hack–first we design the end of the interaction, and then we set the models in position for the start of the scene. By setting the start and end-points we can let Torch handle the mechanics in between–pretty smart.

From the Object Interactions Responses menu, we'll adjust the interaction properties for this model until our Executive Suite card matches the others in the scene.

Set the end Position to Absolute.

Look at you! You're halfway. You've designed an interaction that ends with the size, position, and visibility properties we want in this app.

Step 3: Design the beginning of the scene

Step 4: Flip the card over the X-axis

In this next step, we adjust the end-state position of the Executive King card to face down. To do this, all we need to do is change the rotation of the card in the interaction.

As soon as the AR reservation app opens the cards need to flip up. We do this in Torch with an Enter Scene trigger. To add the Executive King card the Enter Scene interaction, we head over to the Scene Options menu and adjust our rotation settings.

Step 6: Add a delay to smooth the animation curves

As we test this scene, we see another problem. The Executive King floor plan rises immediately as the cards start flipping. Instead, we want the scale animation to begin as the card completes its rotation.

We add a delay to adjust the timing of this animation–causing the models to appear as though they grow from the surface when the cards hit the mark.

Congratulations, you did it–you're building complex AR interactions in Torch! Now you can brag to your friends, family, and small pets about how you are a Certified Torch AR Wizard. For reference, Harry Potter is only a regular Wizard.

What sorts of tutorials would you like to read more about? Let us know on the Torch Slack

Jake is a copywriter with a background in creative agency work. jakefloeter.com